The Image and the Word

Picture this if you will: the words we know, all the words we have acquired along with the ways of connecting them in all our respective cultures, are nothing less than the irreducible expression of a singular nature we call human.

We are selves in a world because we have words. 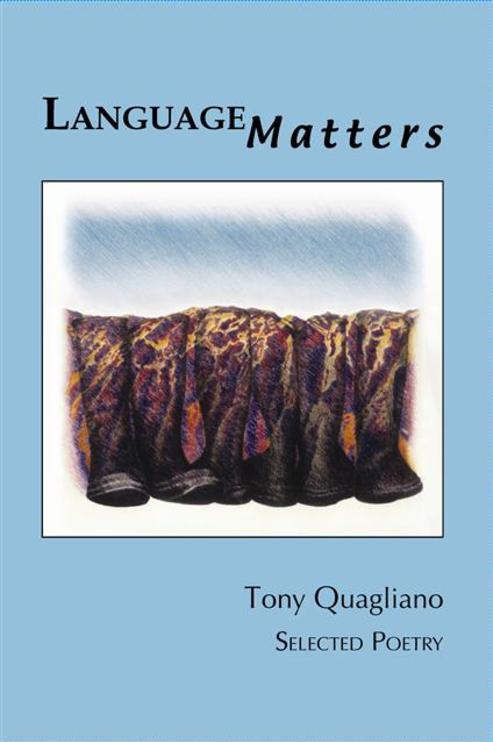 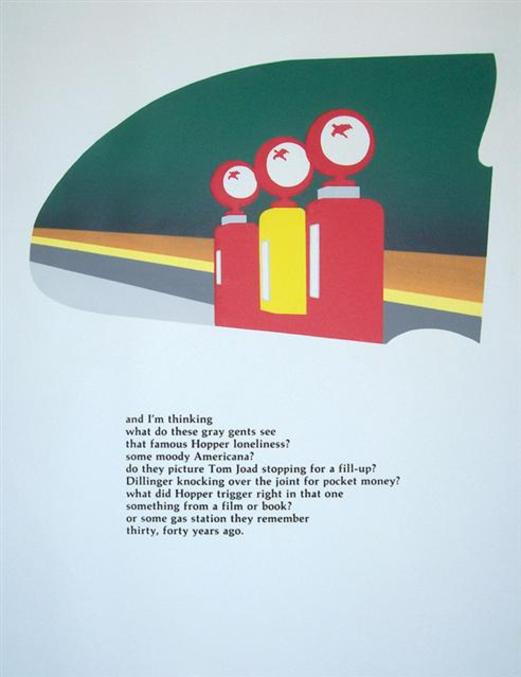 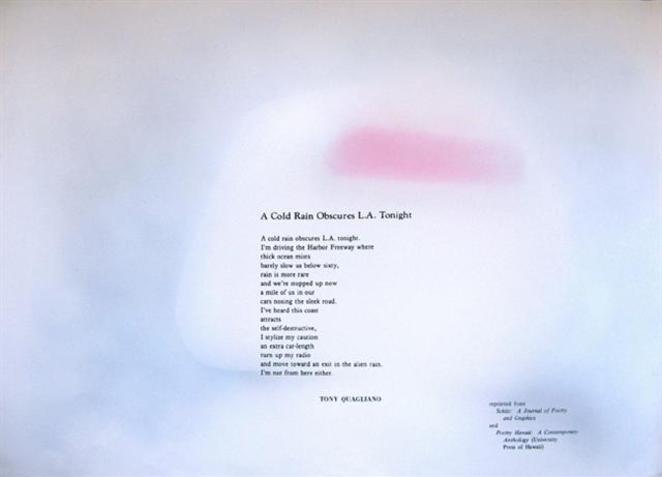 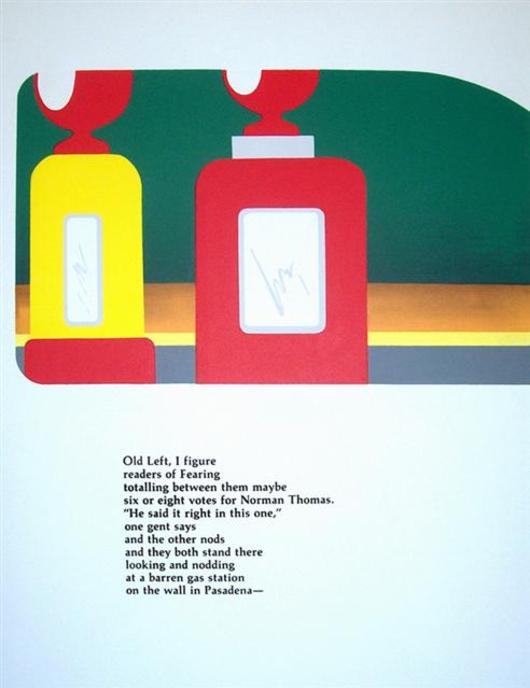 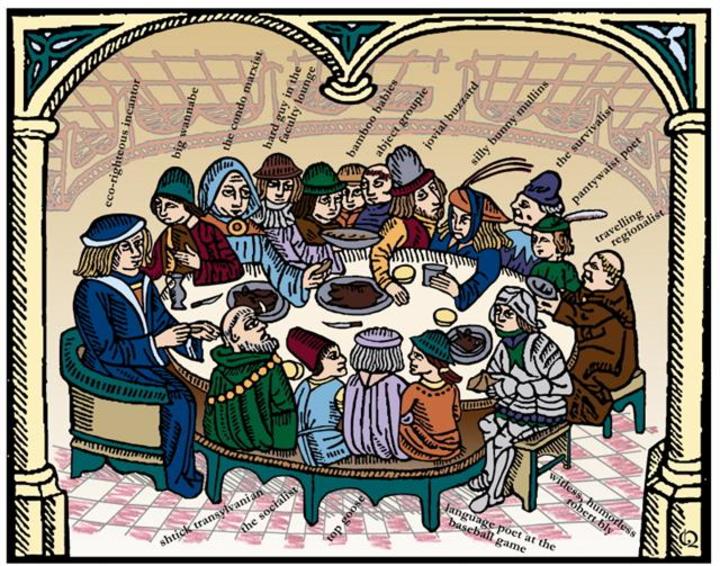 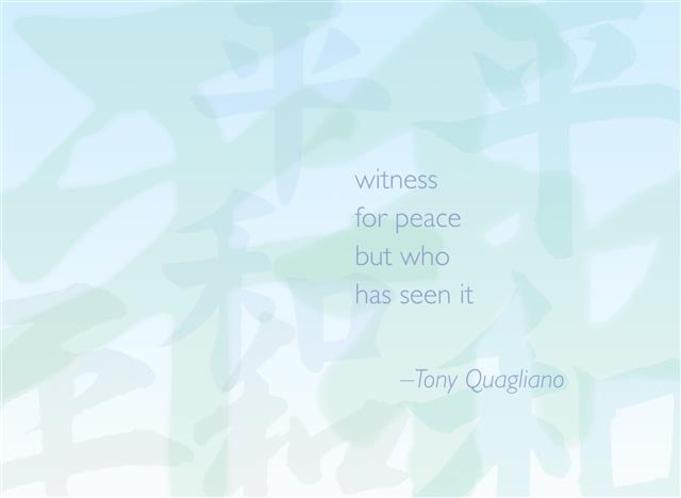 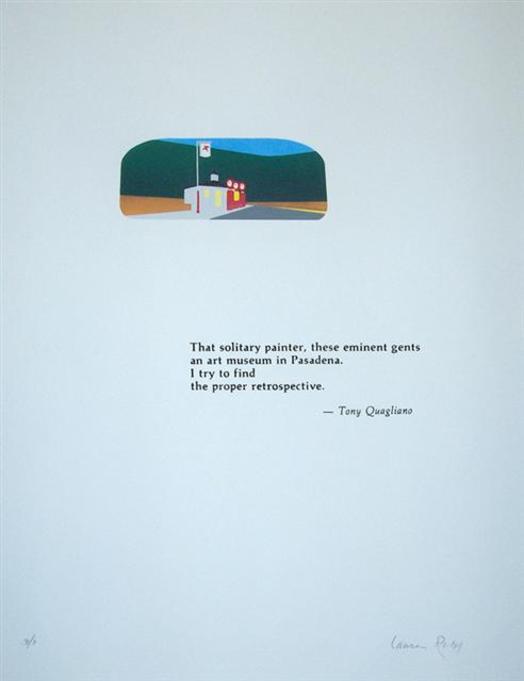 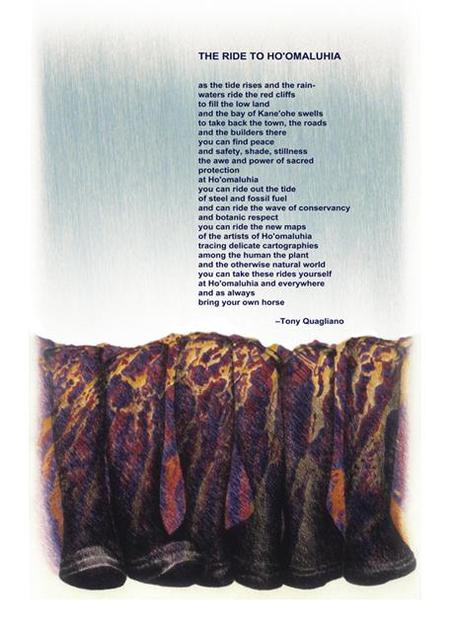 In the poem The Edward Hopper Retrospective by Tony Quagliano, two elderly gents are viewing a collection of Hopper's paintings in the Pasadena Art Museum.  They pause in front of Hopper's painting Gas and their conversation and implied reflections form the basis for the poem.

My screenprints, The Edward Hopper Retrospective, combine the Hopper painting Gas and the poem for my own visual treatment of the notion of retrospective.

The notion of retrospective as mentioned in the poem is also important to my work. A retrospective establishes a point of view—it looks backwards. Not only is the narrator of the poem looking at a collection of paintings done by Hopper in the past, he is also looking at "two earnest gents," who may be thinking backwards themselves to the time of the Hopper painting.

I wanted to complement the poem's ideas of retrospective. I thought of how you might approach a painting in a retrospective collection in a museum. When you view a painting, you walk up to it, look at it, stand back from it, walk toward it, and then move on. So I took the point of view, in terms of physical movement, of approaching that Hopper gas station in a car, stopping, and then moving on. In the first screenprint panel, you, the viewer, are driving along a barren highway. In the second panel, you turn and enter the gas station. In the third, the car is stopped for gas. You see the gas pumps next to the car. In the fourth, you leave the gas station to return to the highway; and in the fifth one, you look backwards at the gas station as you continue down the highway.​ 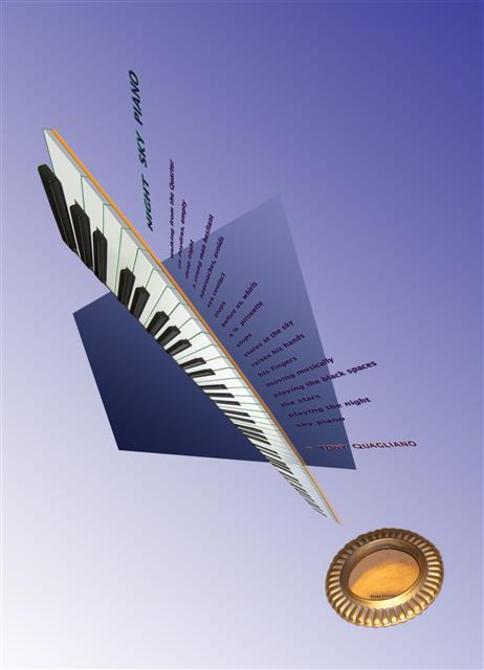 For a long period of time I have been wrestling with a large body of work that encompasses Medieval visual and literary arts called my "Word Series." I range far and wide, a detective in pursuit of clues. I layer and synthesize. I rearrange, recontextualize and try to find the right complementarity and resonance among many divergent but related parts.

I am revisiting the Canterbury Tales, both in Middle English and in modern English. Also, admire the directness of medieval European artwork, which was without pretense or guile. The pilgrims in this artwork are contemporary errant word-users. 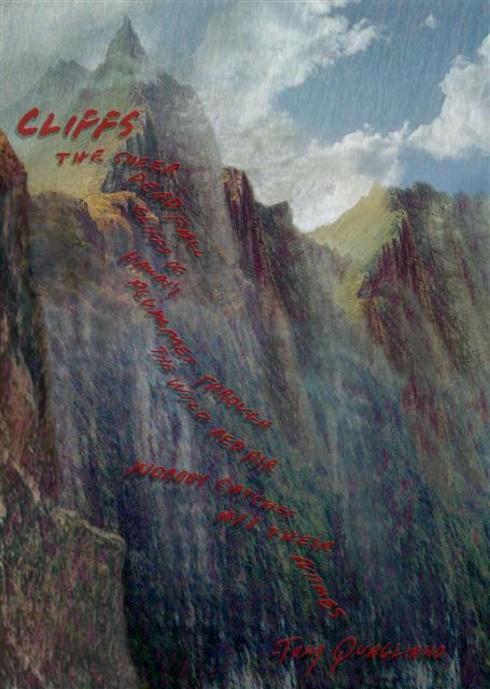 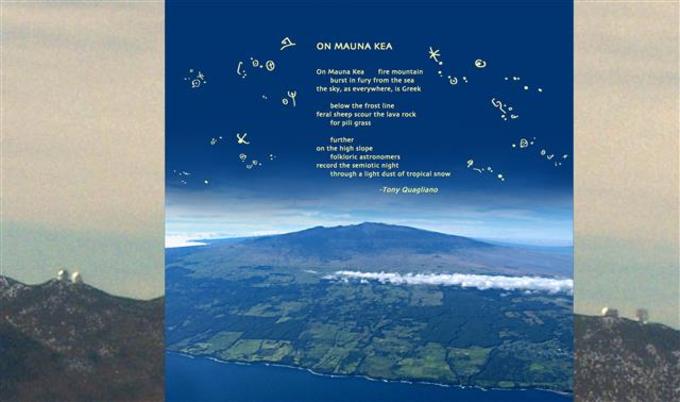 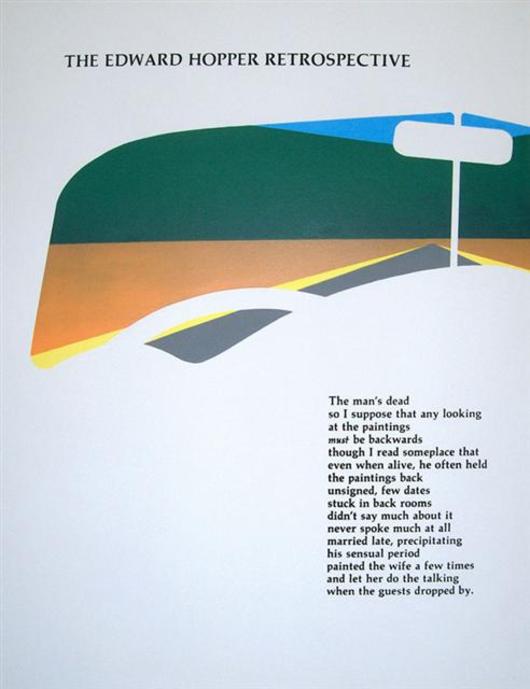 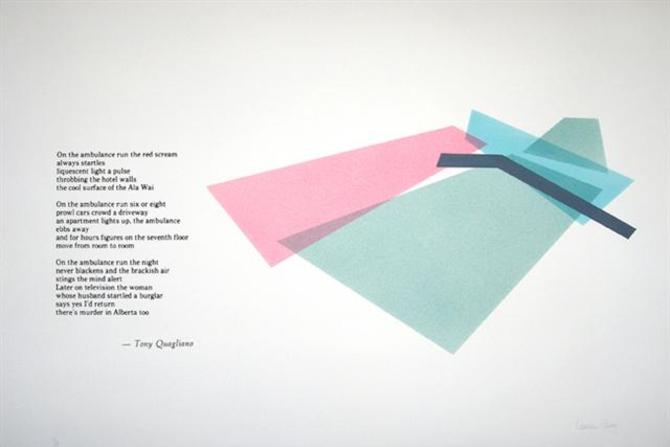