Say Jazz–I’m Always Thinking of Chaucer incorporates and interweaves Chaucer’s medieval Canterbury Tales — his narration, his story’s pilgrims, and the stories those pilgrims told —with Tony Quagliano’s poem Say Jazz and the contemporary stories that poet Tony Quagliano told of contemporary literary and jazz pilgrims. The series is about medieval manuscripts, early books, and musicians — and twenty and twenty-first century poetry, jazz, and painting.

On one level Say Jazz–I’m Always Thinking of Chaucer is about the travels of disparate medieval characters yearning to reach Canterbury on a springtime pilgrimage. Along the way these pilgrims entertain themselves with stories from many literary genres. The Canterbury Tales is built upon an improvisational structure: Chaucer penned the words, but the narrator, host, and pilgrims took over the theme and the shape of those tales.

So, too, the artwork’s jazz musicians spin their own improvisational constructions to Quagliano’s poetic lines that run through the panels, the musicians stepping up for their solos at a captured moment in time. Engaged improvisational jazz keeps the tune-memory in play and borrows from the wealth of music that precedes it, resulting in new, exciting, on-the-spot, musical configurations. 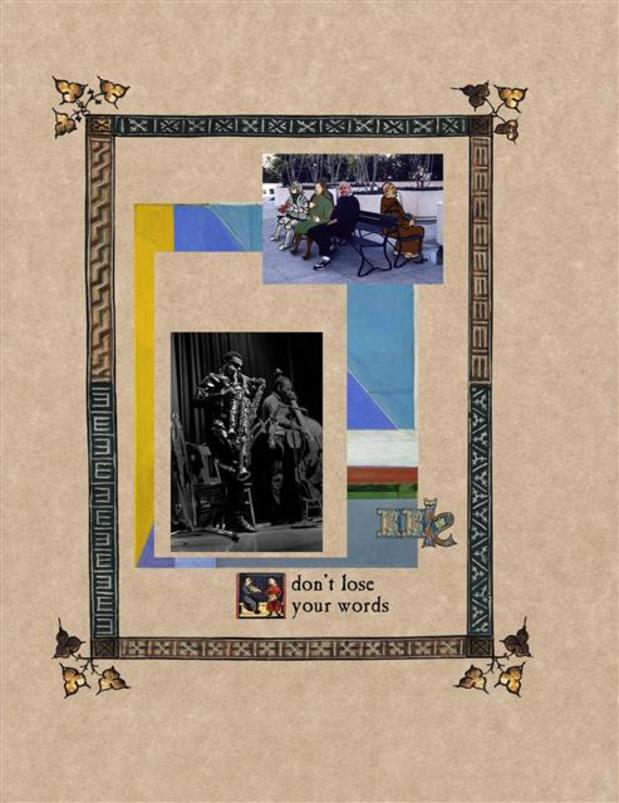 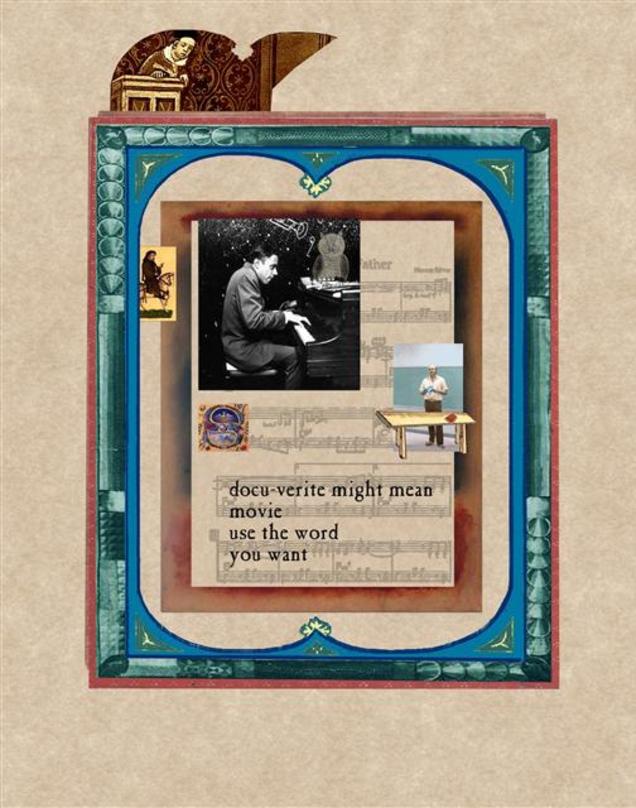 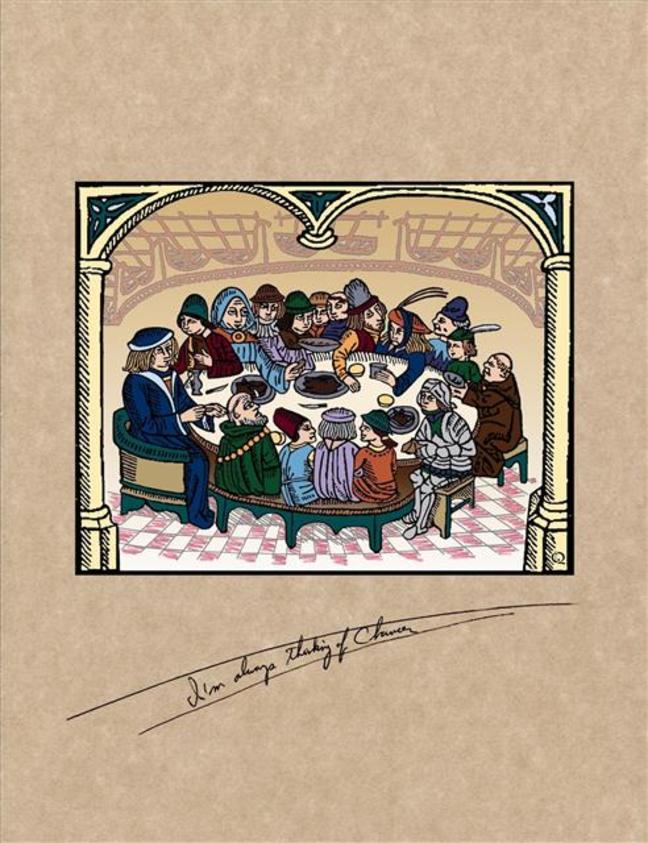 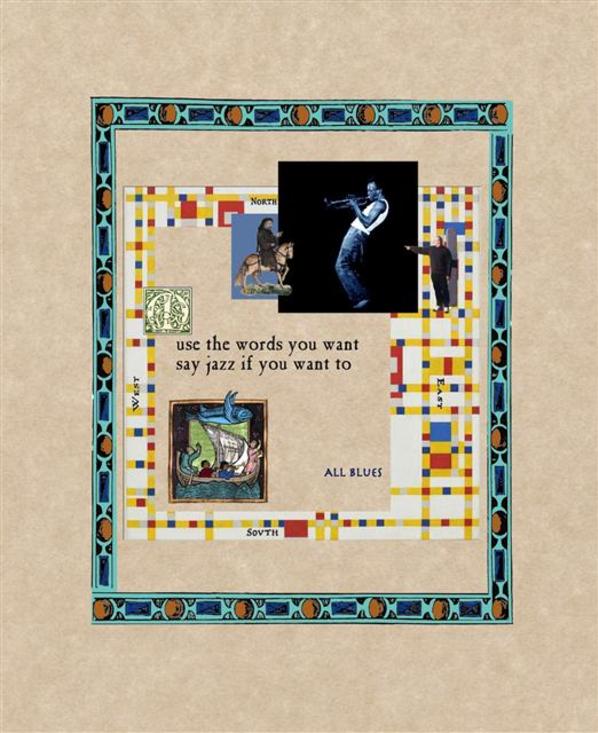 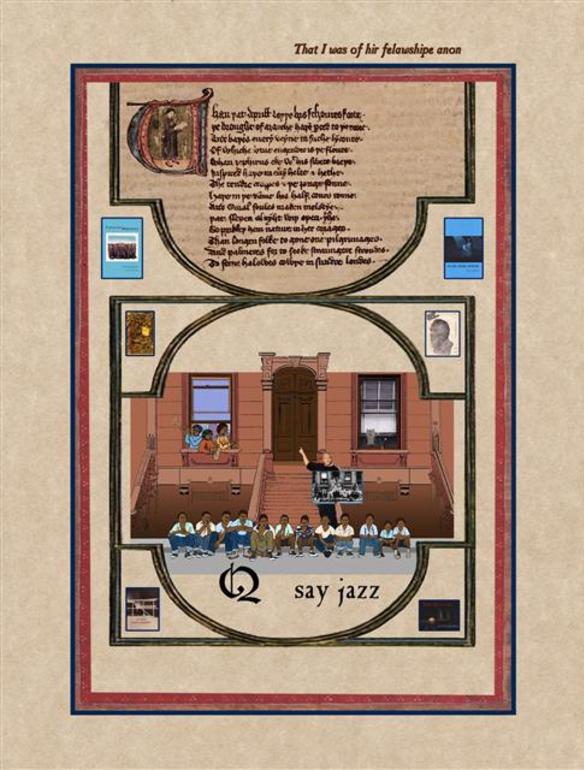 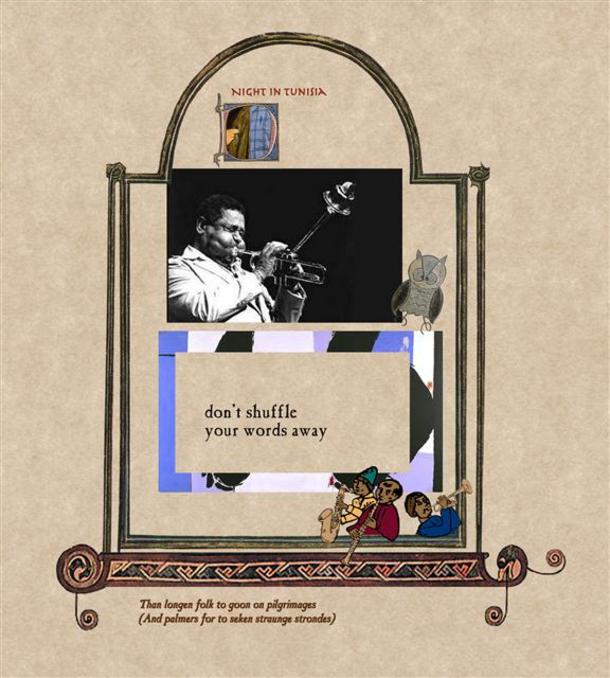 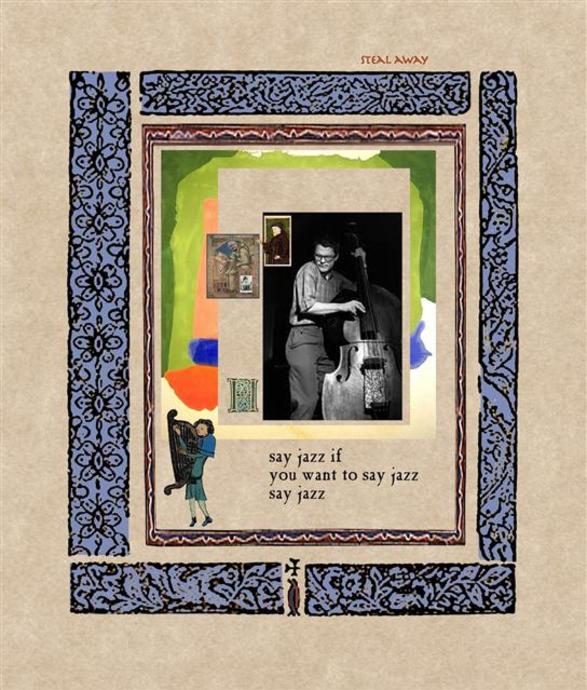 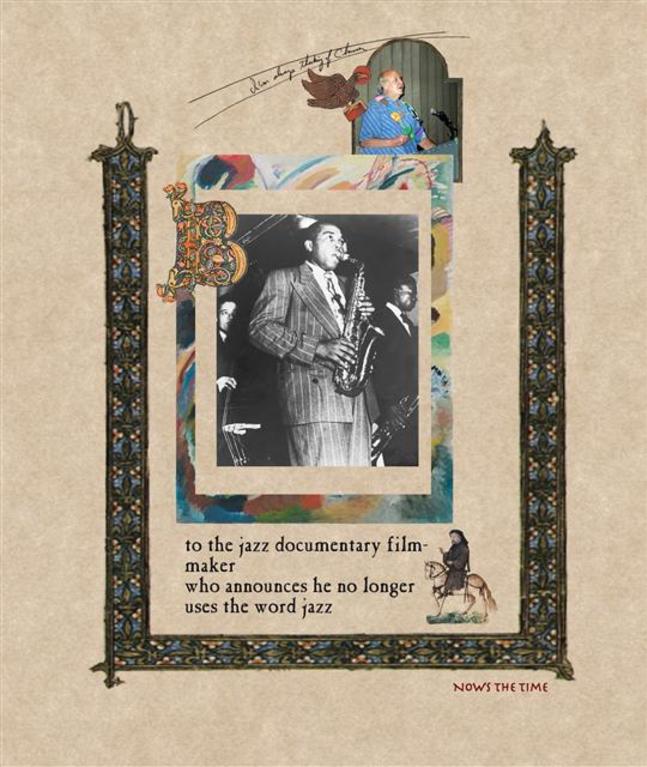 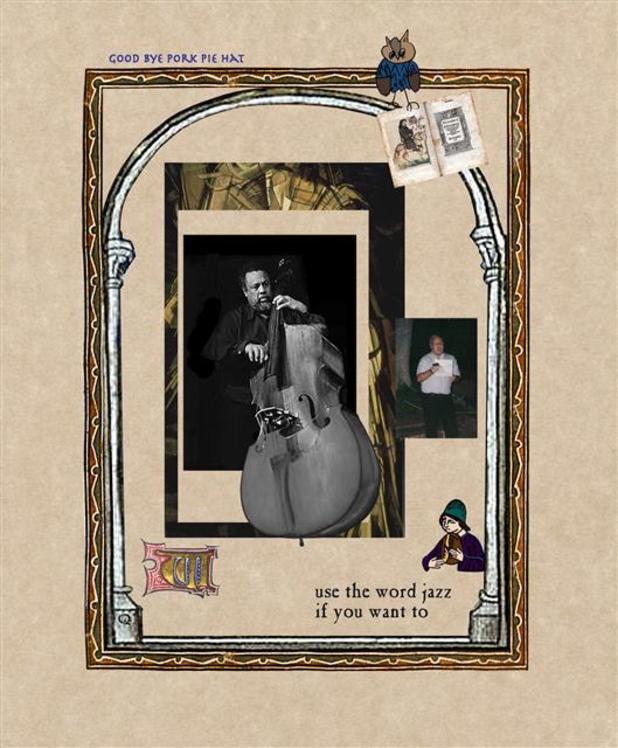 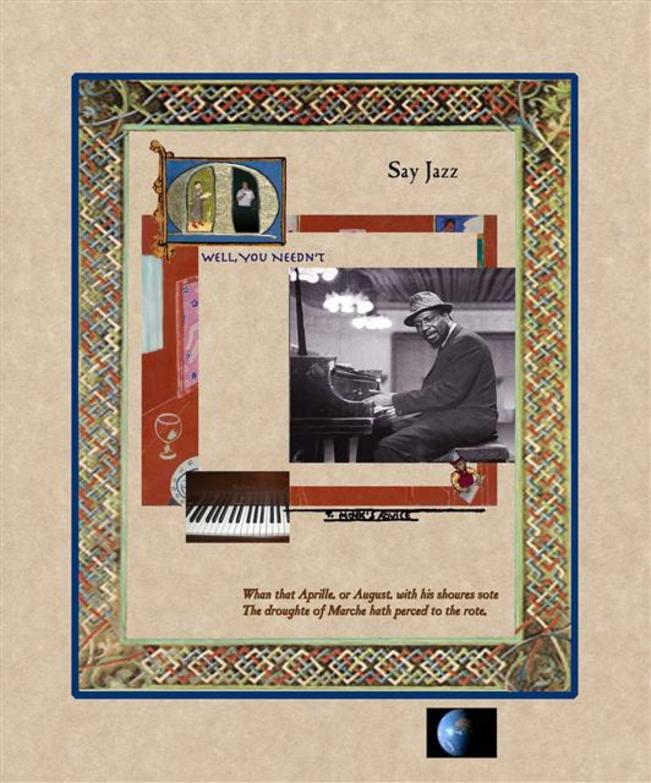 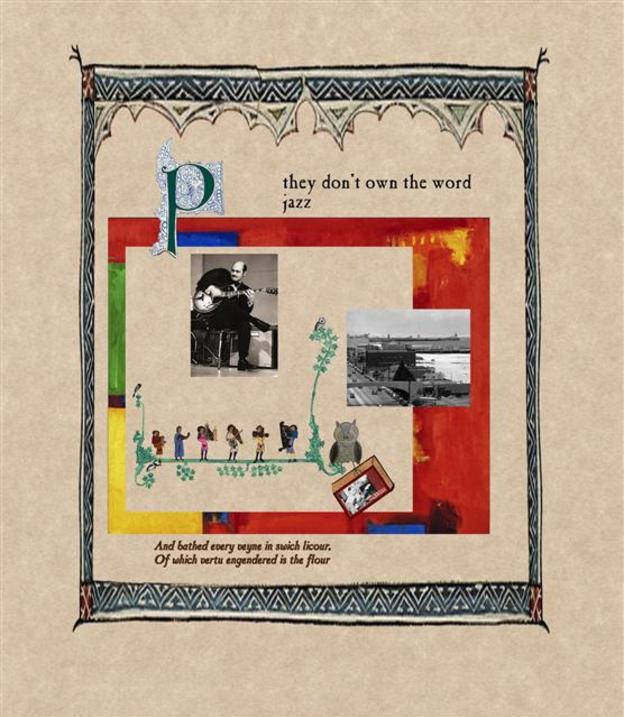 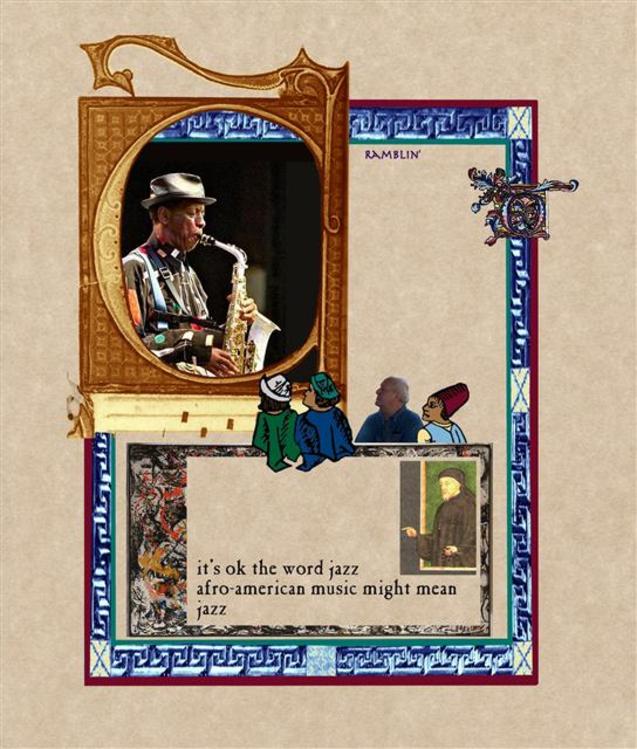