This site‑specific sculpture is conceived with the following themes and design components: it is an architectural and theatrical space which invites participation by viewers walking through and around, or sitting leisurely, and possible performers, actors, musicians or dancers. The overall design also refers to stage or cinematic set design—mise en scène—which is always human scale and participatory.

In terms of the site‑specific nature of my sculpture various components make particular reference to features of the Honolulu Community College campus and Iwilei neighborhood. For example, the blue rectangular terrazzo “stream” refers to the nearby Kapalama Canal; the bridge refers to the Dillingham Bridge over the canal; the arches have reference to the Library Building and to the small arch details on the Dillingham Bridge; and the five stylized pineapples relate to the giant cannery water tower.

Some of the specific design elements include: an interconnected sequence of arches, a tower, bridge, and stairway on raised platforms. This work also contains such specific features as a flag and curved connecting cables. One the ground plane, besides the stylized pineapples, is a geometric design comprised of brick, terrazzo and grass patterns. Some of the materials are: colored concrete, brass plate, aluminum plate, stainless steel cable, terrazzo, Alapai Bus Barn bricks, ceramic tile and emerald zoysia grass.

Commissioned by the Hawai'i State Foundation on Culture and the Arts

This site-specific sculpture features the Honolulu Chinatown and waterfront neighborhood, including its history and physical structures.The sculpture has visual allusions to Nuuanu Stream bridges, here in Chinatown red; profiles and rooflines of nearby buildings; and shapes of doorways, windows and awnings in the community.

The locale includes the busy port, a site of passage, and visual references include ship forms, portholes and even the honu (green sea turtles) that swam there.

The sculpture also honors Don Francisco de Paula Marin of Spain, trader, seafarer and trusted business associate for Kamehameha I. Marin’s Hawaiian name was Manini and this location of his home was previously known as Kou. Marin brought the first mangos to Hawaii, and his wine grapes gave the name to nearby Vineyard Street.

Commissioned by the City and County of Honolulu

“Cromlech”–a Welsh word meaning a capstone supported by stone uprights–refers to humankind's urge to place stone upon stone. Sometimes the purpose is religious–to make a temple, to mark a sacred place, to make a tomb, or to make walls marking sacred locations as in places of refuge for the weary or defeated. Sometimes the purpose is scientific–to mark the astronomical passage of time. The progression here of rough and craggy stones (showing men and women engaged in work activities–carrying water, sowing seeds, tending animals, hunting, fishing and others) to smooth geometric stones reflects man’s increasing mastery and control of materials from ancient through contemporary times.

Commissioned by the Hawai'i State Foundation on Culture and the Arts

The Battle of Mōʻiliʻili was one of several skirmishes in 1895 against Provisional Government forces in an effort to restore Queen Liliʻuokalani to the throne. Two royalist rebel groups, led by Robert Wilcox and Samuel Nowlein, clashed with the P.G. forces at Diamond Head, then encountered the P.G.s along the Mōʻiliʻili Road/Waiʻalae Road, and took up a defensive position on Puʻu Mauʻumae (Pālolo/ Kaimukī). The Wilcox royalists fled into Mānoa Valley, but encountered gunfire in the “pen,” retreating over mauka trails to Kalihi. The Nowlein royalists retreated into the thick undergrowth of Kānewai. This artwork depicts the standoff in the rocky and almost-impenetrable thorny outcrops in Mōʻiliʻili. The McCully-Mōʻiliʻili Fire Station is about a mile from the location of the battle.

Commissioned by the City and County of Honolulu 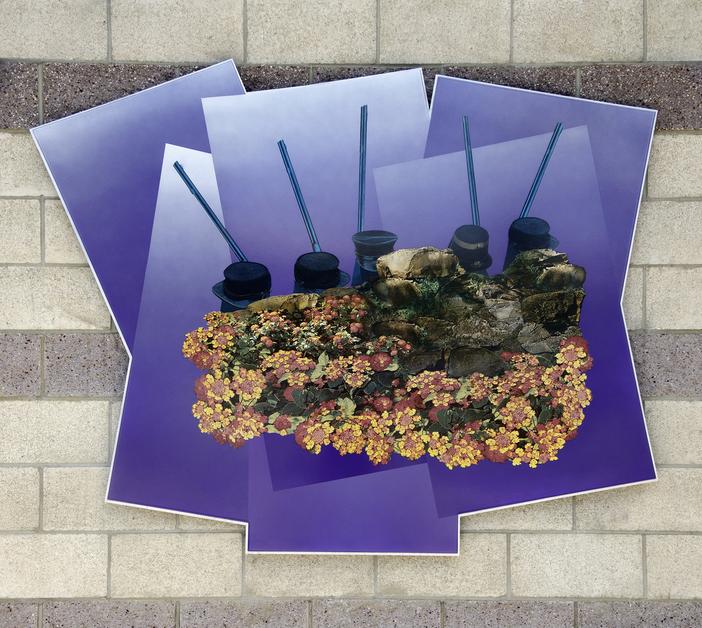 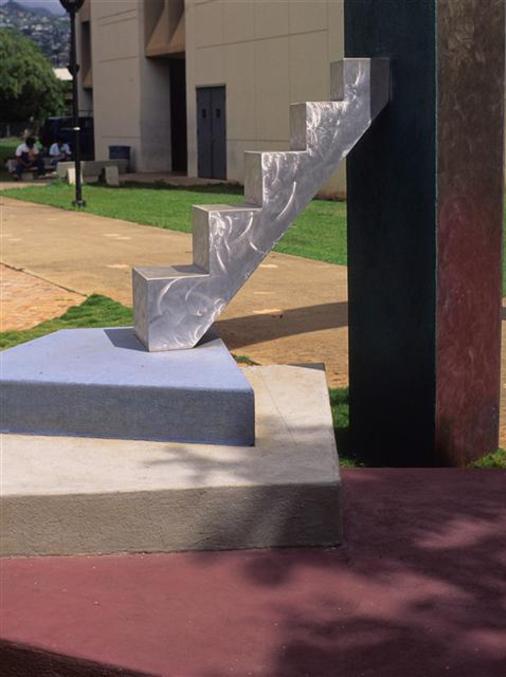 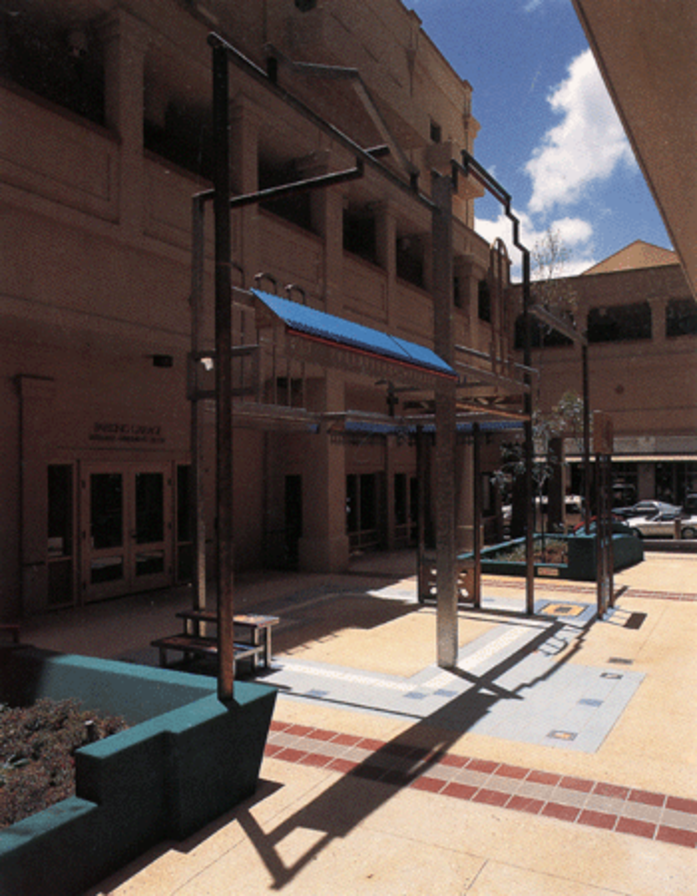 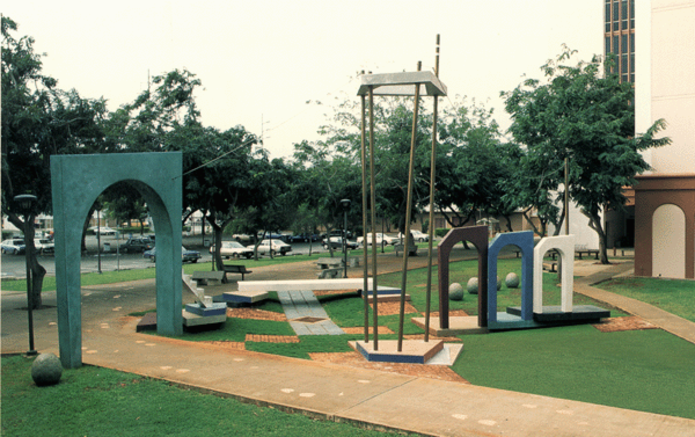 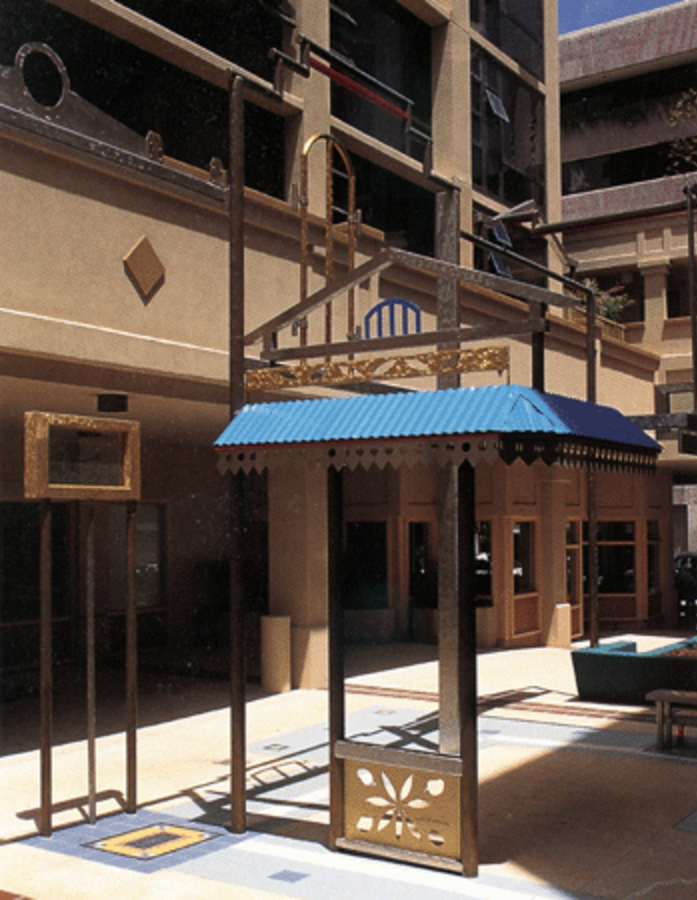 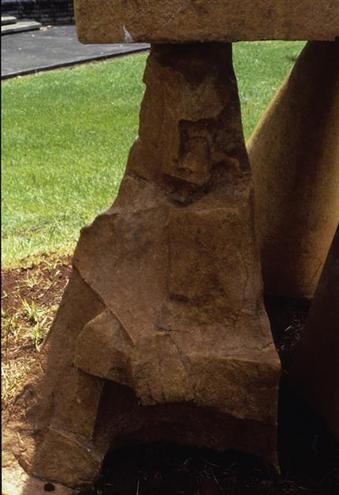 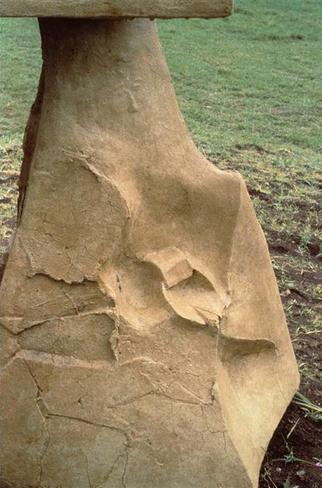 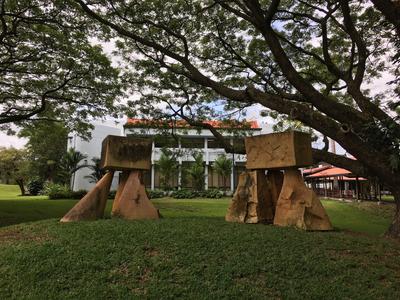 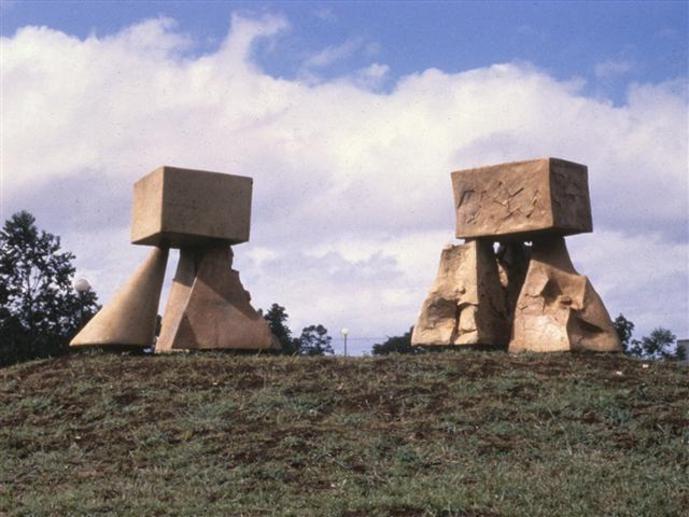 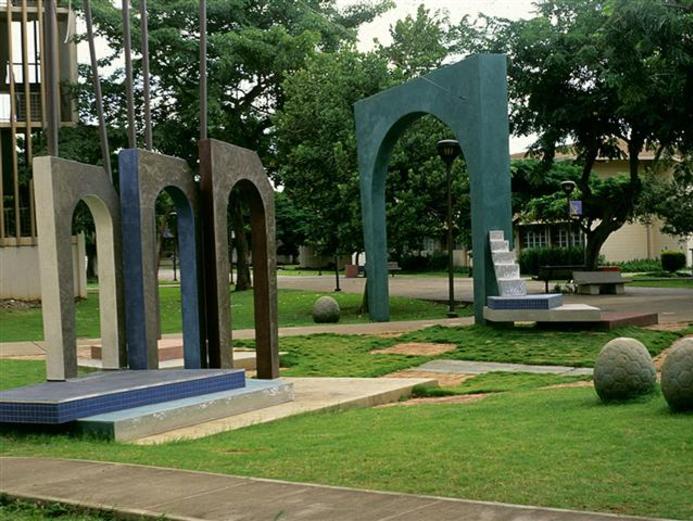