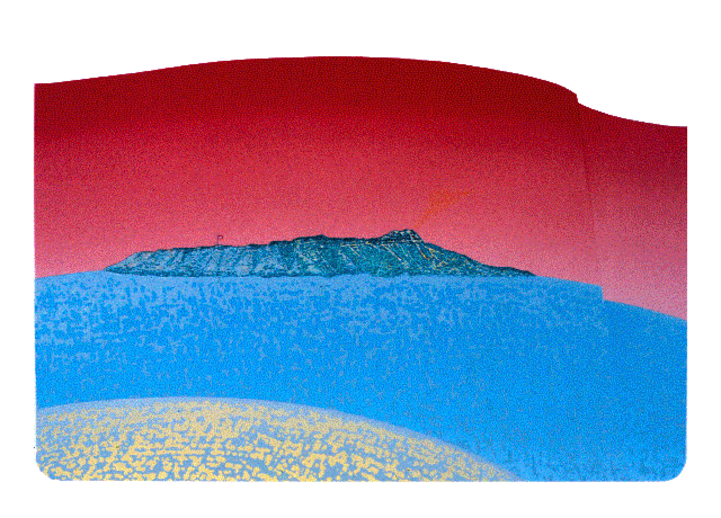 This screenprint is a comment on the trade in sandalwood, which was a major source of revenue from the 1790’s to the 1830’s, and its devastating effects on Hawai'i.  Sandalwood, an integral part of the Hawai'i forest, was traded for the benefit of ali’i, the Hawaiian chiefly class, New England ship owners and Chinese merchants.  The ship filled with logs and petroglyphs represent the maka'ainana, commoner Hawaiians, who were conscripted to provide the labor on which the trade depended.  Another ship is filled with Chinese porcelain for trade both in New England and Hawai'i, and the third ship carries New England manufactured fur top hats for China and Hawai'i.

This screenprint, Annexation at Necker, refers to the 1894 seizing of the leeward island now called Mokumanamana. Seized are the indigenous albatross and ki'i pohaku of this nearly barren outcrop. In the sky above their conquered island, sad ki'i spirits witness the loss.

This screenprint is part of my “Diamond Head Series.” It depicts Oahu’s distinctive volcanic cone as seen from the ocean, while making reference to the Japanese ukiyo‑e woodblock prints of Hokusai.

Camouflage at Diamond Head–For Ray Jerome Baker is a screenprint in my on-going "Diamond Head Series," in which I am exploring the numerous cultural and historical aspects of this most famous landmark.  This print specifically is an homage to Ray Jerome Baker, the photographer whose photographs and films captured images of Diamond Head (as well as all the Hawaiian Islands ) from the turn of the century.

The scene in my print is a photographer's darkroom and contains particular images associated with Ray Jerome Baker, as well as some personal images of my own—the conch and Laeahi  flag.  The small brown and white image in the center is one of Baker's earliest views of Diamond Head and the overall camouflage texture refers to one of his later photos which showed Diamond Head camouflaged during World War II.  I chose the overall theme and title because this term, camouflage, means not only to hide or disguise, but also camouflage creates a new visual reality.

Near the top of a benign and fascinating climb within Diamond Head, one finds a network of intrusive interconnected military bunkers at the crater's rim. Within these installations there are a spiral staircase, tunnels, shafts and other narrow passageways, exemplifying Hawai'i's post‑contact military history. This screenprint features a Hawaiian conch used, among other purposes, as a call to action in Hawai'i’s pre‑contact and contemporary history. In addition to the echoing spiral forms, the dynamic movement within this print opens into a twilit Hawaiian sky.

Diamond Head Profiles is part of my ongoing "Diamond Head Series" of screenprints. This work contains both art-historical references and specific allusions to actual shapes and structures on Diamond Head.

The upper right corner alludes to a Gauguin painting of Tahitian women in profile, rendered in the Egyptian style Gauguin had been studying.

Other images include the profile of an ahi (tuna), whose distinctive dorsal fin has the form of the Diamond Head cone.  Also pictured is Battery Harlow, a military structure on Diamond Head whose architecture recalls ancient Egyptian royal structures.  On the left side of this bunker are some Hawaiian temple figures whose bent-knee posture echo Gauguin's women.

The large black silhouette form dominating this work has a sharp profile—against darkening sky—comprised of actual geologic and man-made structures at the top of Diamond Head.

Film Crew at Diamond Head, a screenprint, is part of my ongoing "Diamond Head Series” of prints. This print combines images of Hawai'i, particularly Diamond Head, with multiple references to a variety of printmaking methods and genres, such as filmmaking, photography, and intaglio.

The central image, derived from a Ray Jerome Baker photograph of 1931, shows a Hollywood film crew at work capturing motion pictures of Hawai'i. In the background under a silver‑screen sky is the profile of Diamond Head.

In my pictorial scenario some other figures have joined the Hollywood crew: Hawaiians in traditional gourd masks, who played their parts in an earlier scene; and people in World War II gas masks whose scene was yet to come.

In the foreground Hawaiian sand forms suggest the Hawaiian Islands, while other images—the light, the “x-­marks‑the‑spot,” and the storyboards—further allude to prints and printmaking.

This screenprint further explores my interest in Hawaiian history and the impact of past events on the landscape and people of the islands. It is a comment on the trade in sandalwood, which was a major source of revenue from the 1790’s to the 1830’s, and its devastating effects on Hawai'i. The overall image of the print incorporates the design of the first printed paper money in Hawaii to which I added in the margins depictions of luxury goods for which sandalwood was traded and a ship in the center filled with logs and petroglyphs representing the Hawaiians who were conscripted to provide the labor on which the trade depended. Additionally, this work is about the dangers of exploiting and depleting resources of land and people without regard for their integrity.  This danger remains pertinent today.

This mixed media print in the shape of a flag refers to the warning flag posted on the rim of Diamond Head by the military during live ammunition target practice. “Live fire” also alludes to the beacon fires placed on top of Diamond Head by early Hawaiians to guide canoes at night.  Diamond Head as the dorsal fin of the ahi  tuna, which is the signature image for my “Diamond Head Series,” is also included.

The title of this screenprint emphasizes Diamond Head's prominence as a geographical reference point. From all over Honolulu people can see some portion or section of this landmark. Just as Diamond Head historically has been divided and arbitrarily broken up by its various controllers and possessors, so too people today can have only partial and fragmented views of this famous cone.

This mixed media print Mynahs at Diamond Head refers to mynah birds, the playful introduced species, that arrogantly try to claim Hawaiian territory. Here they strut everywhere at the Diamond Head lighthouse. The flag that recurs in other "Diamond Head Series" prints evokes the original Hawaiian naming of Diamond Head, Laeahi, comprised of lae which means both forehead and headland, and 'ahi, both a yellowfin tuna and fire.  The geological profile of Diamond Head is also the dorsal fin of an 'ahi.


The Return of Portlock to Diamond Head

Captain Portlock is considered the first non­-Hawaiian to arrive on Oahu, mooring near Diamond Head in 1786. This screenprint is a view from a twentieth century bunker atop Diamond Head. The print contains references to the petroglyphs representing the life force, as in piko holes, as well as the emblematic bringer of peace, Lono. Laeahi–Diamond Head as the dorsal fin of the ahi tuna­­–is also included.

Station Easy is the military designation for the concrete structures situated at the top‑most point of Diamond Head. A series of tunnels and bunkers, with a spiral staircase and a ladder, leads to the lookout atop this landmark.

Division at Diamond Head I


Latitude and Longitude of Captain Cook 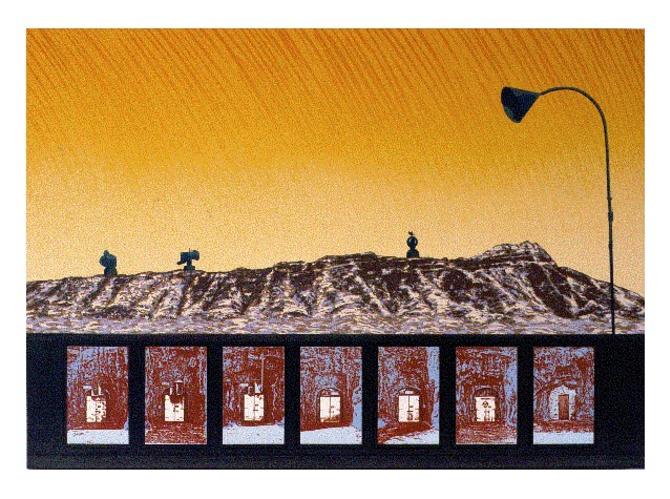 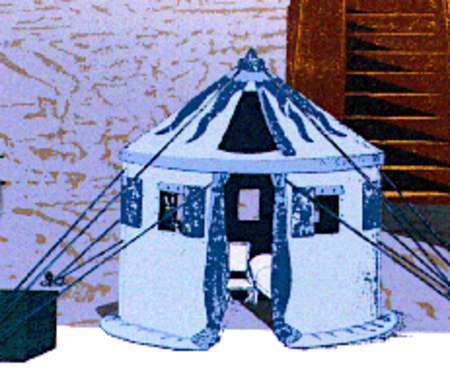 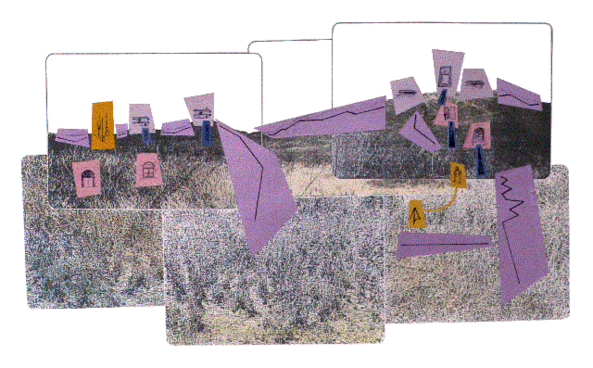 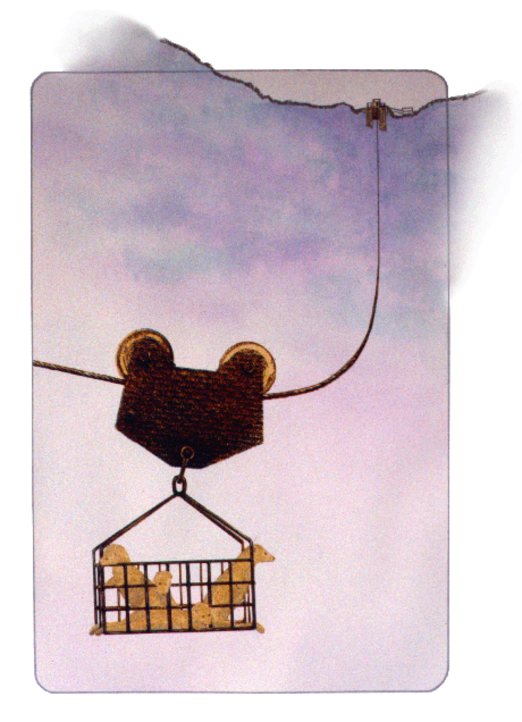 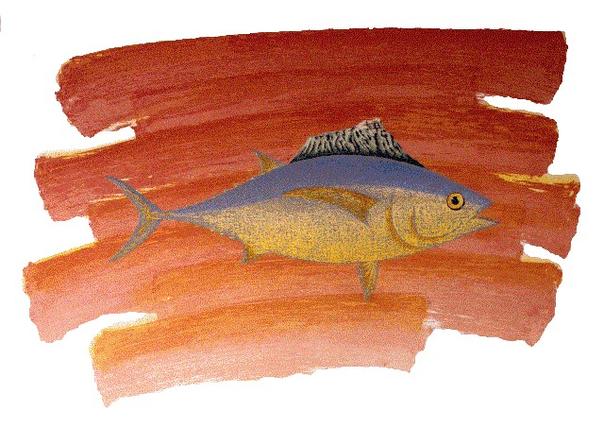 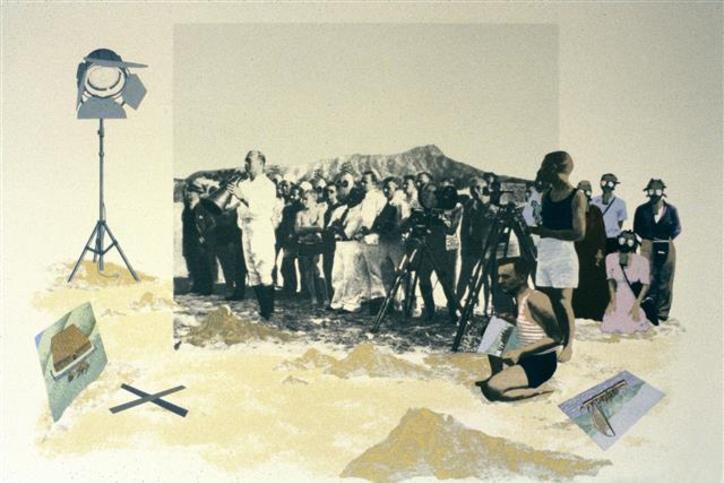 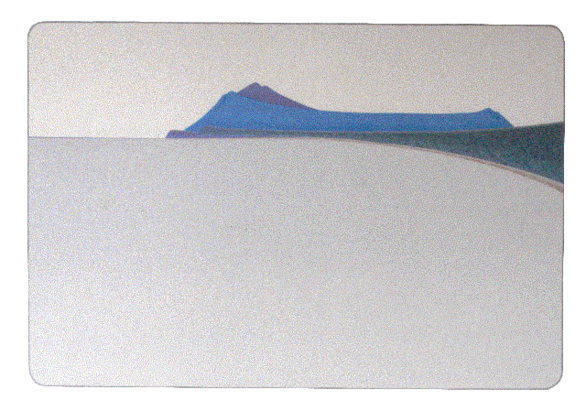 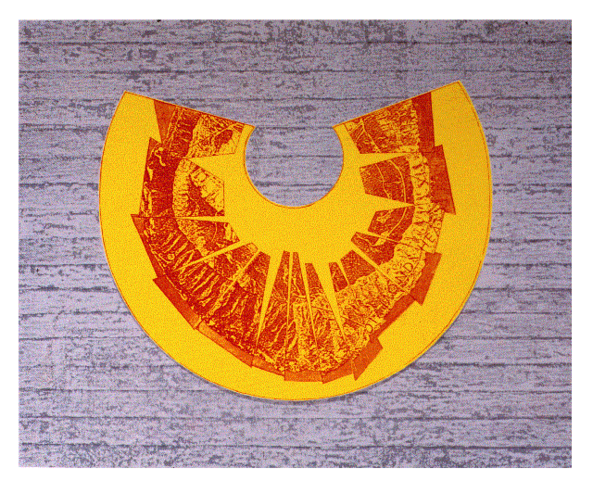 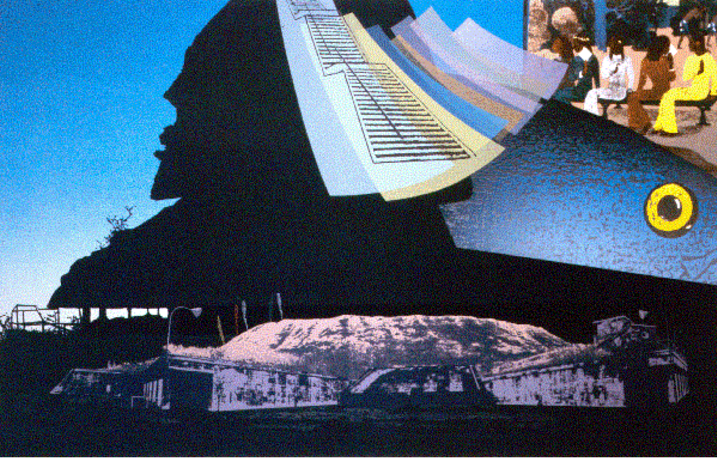 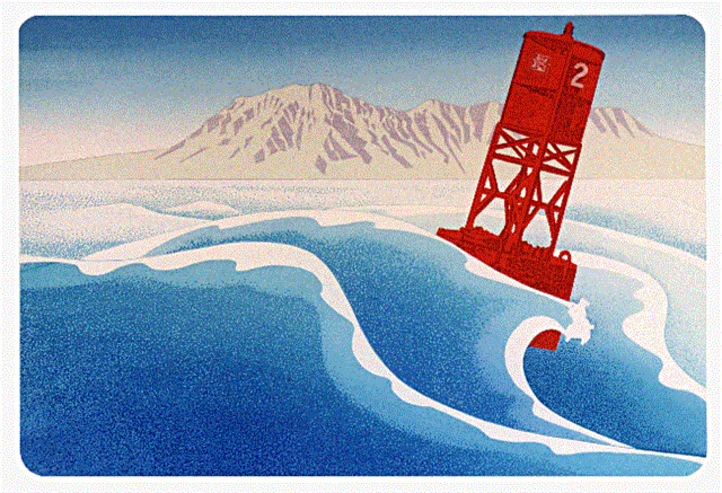 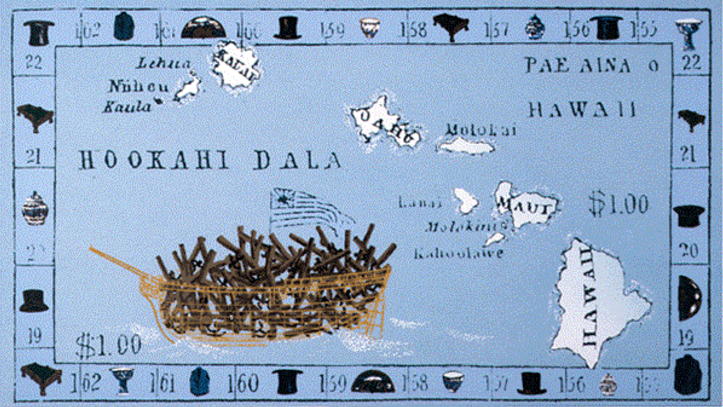 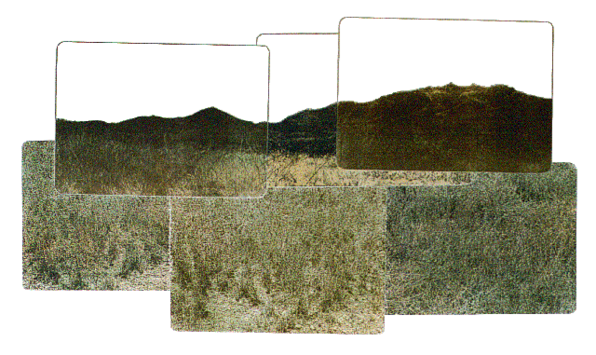 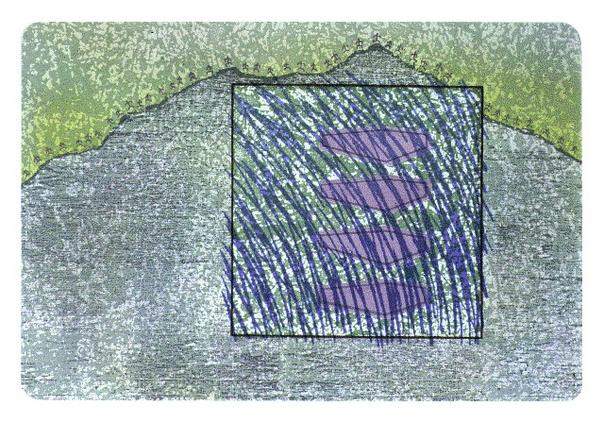 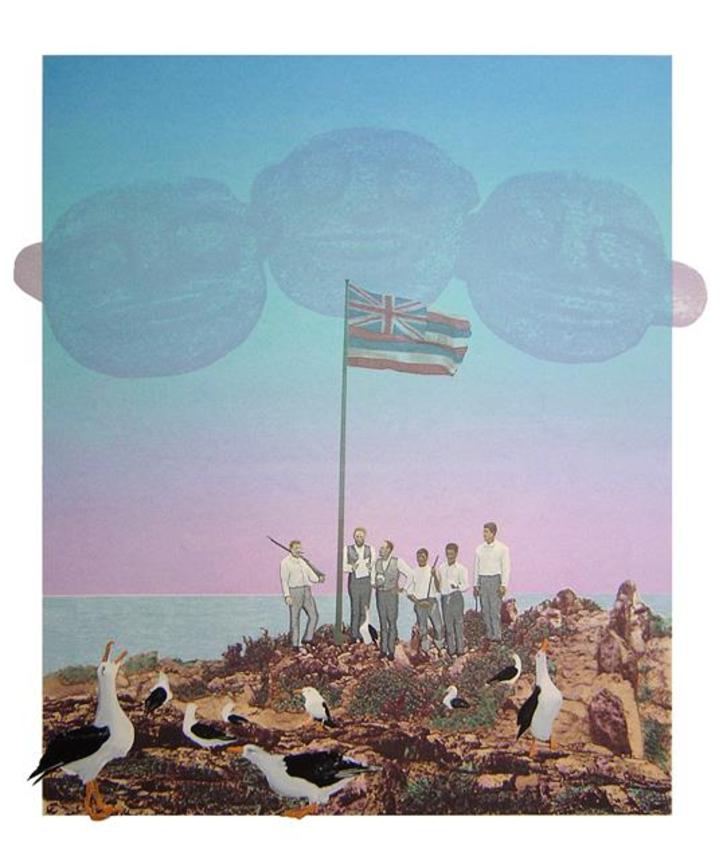 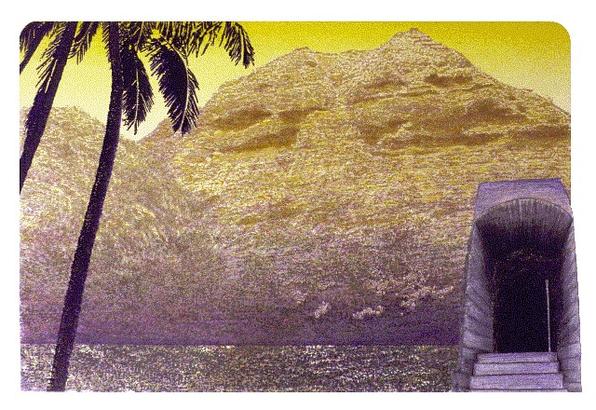 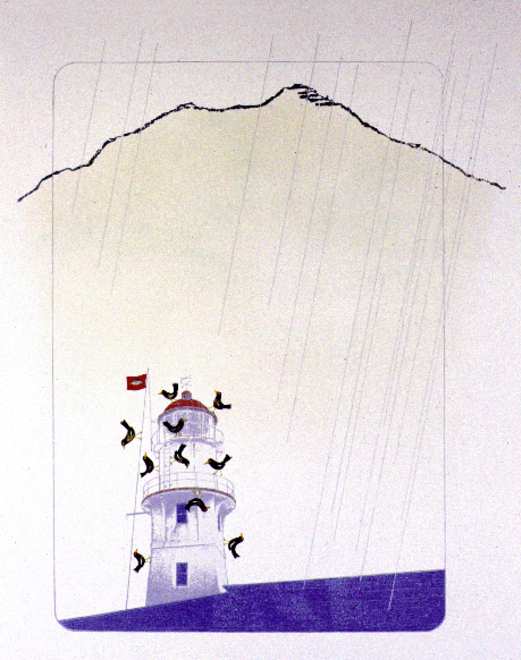 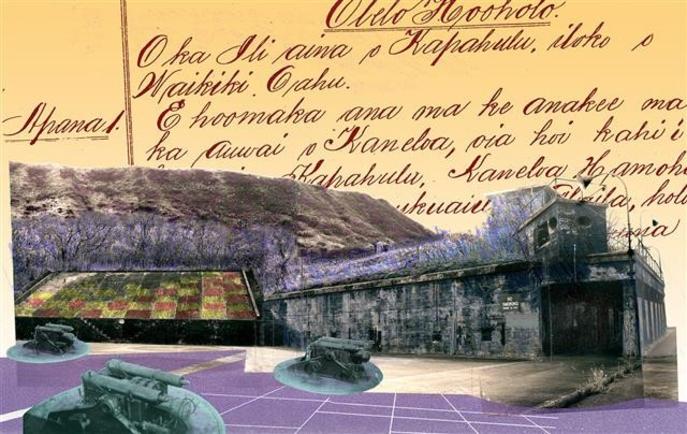 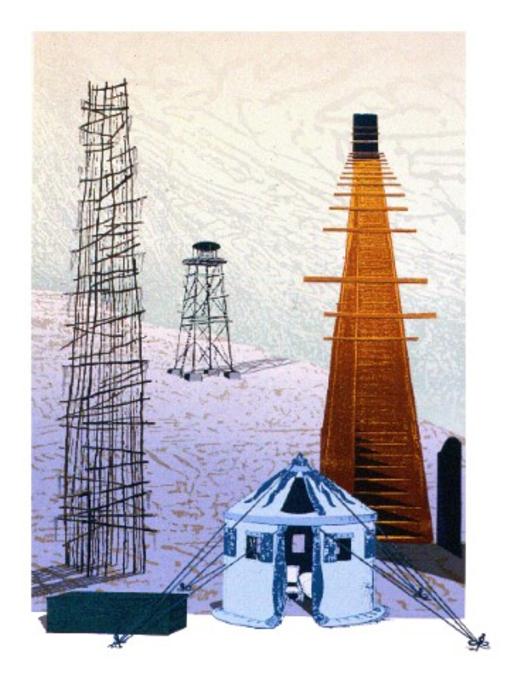 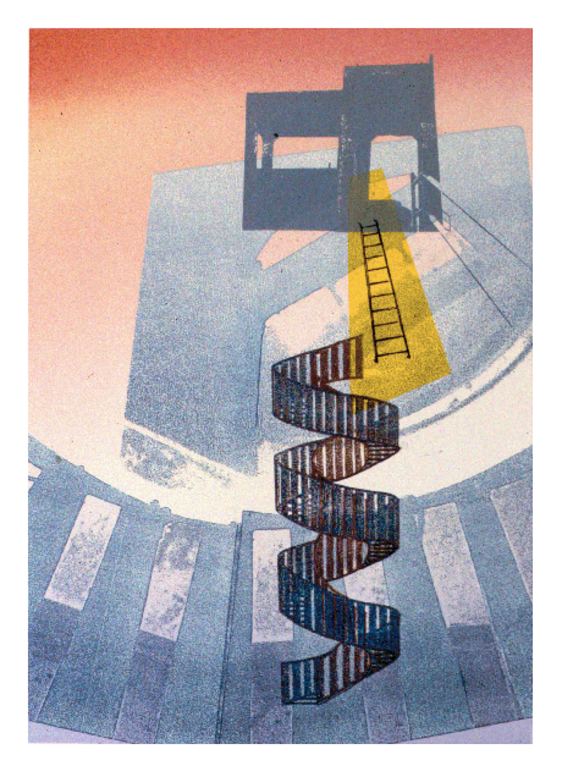 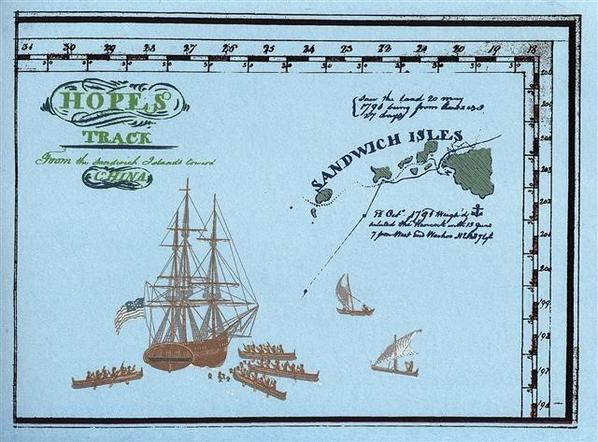 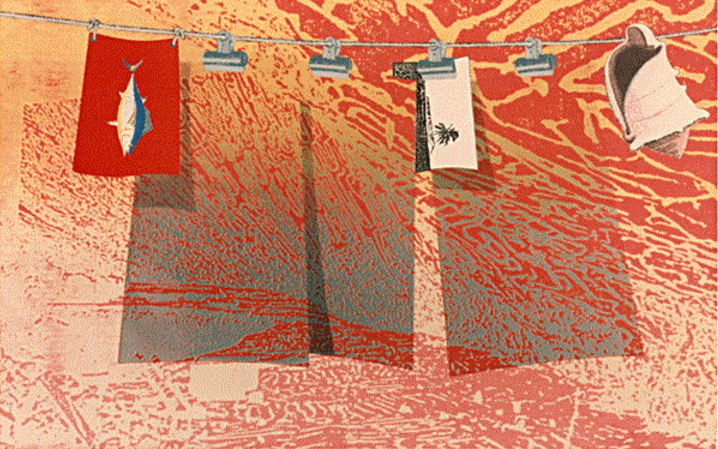 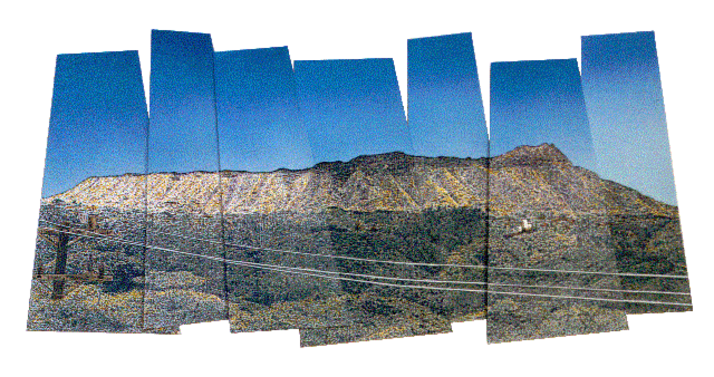 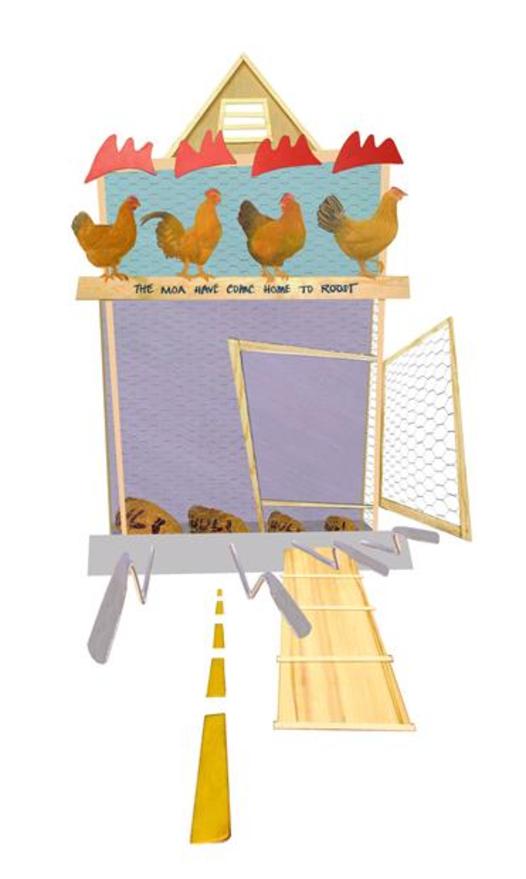 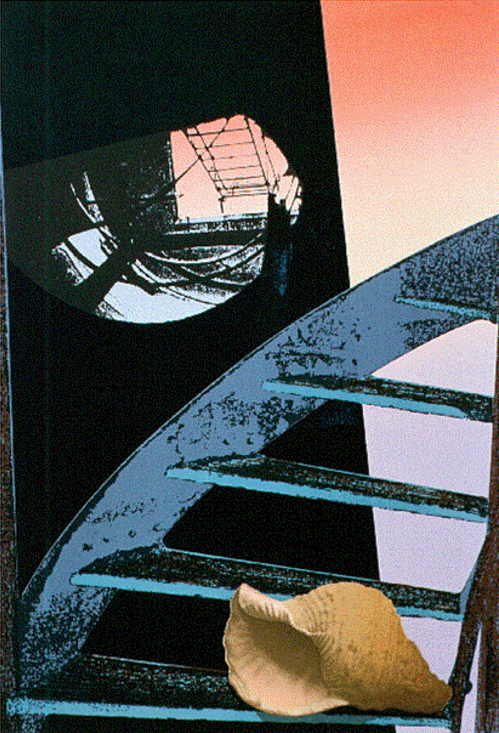 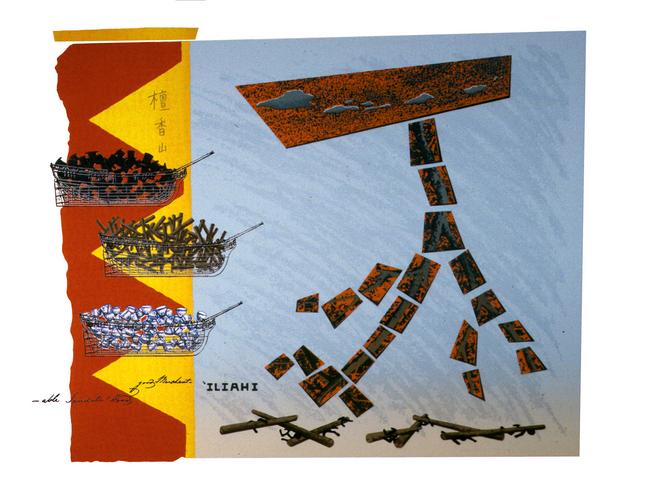 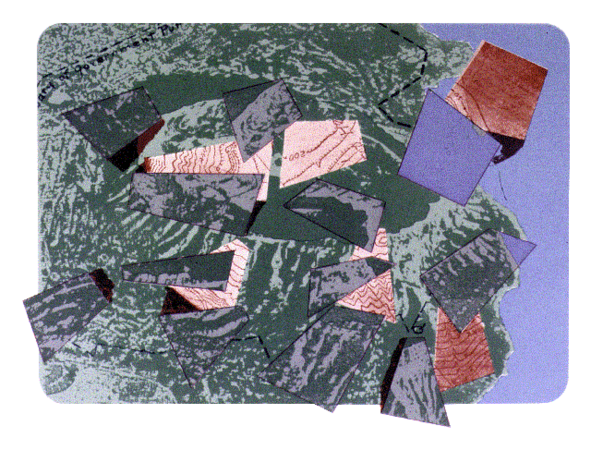 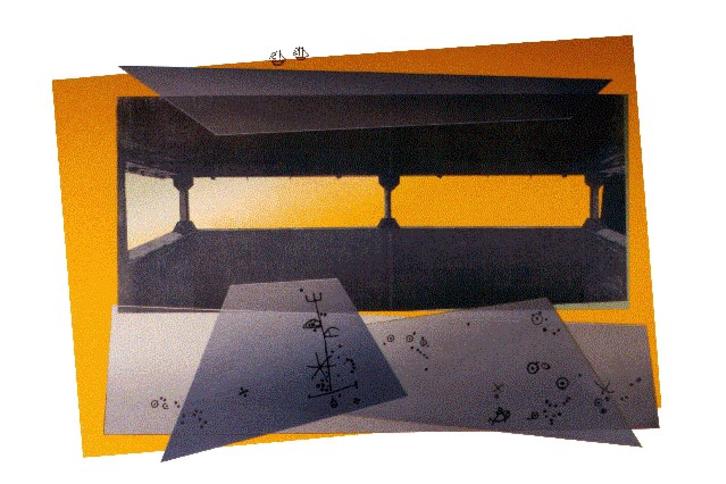 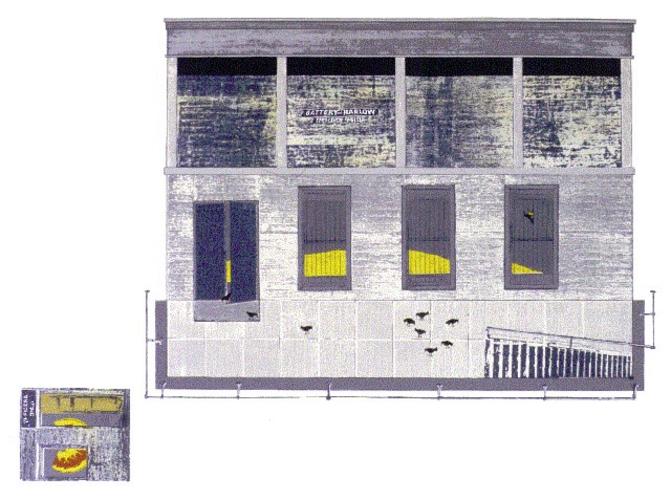